The Sheboygan Symphony Orchestra vows to engage our community through extraordinary musical experiences.
our story

Inspirational music-making for over a century.

The Sheboygan Symphony Orchestra was formed in 1918. Over the span of more than a century, extraordinary musical experiences have evolved into a legacy of old and new traditions. During each performance, the artistry and passion of the musicians engage the senses and create new memories for young and not-so-young concertgoers.

Did you know? The Sheboygan Symphony Orchestra is the longest continually active orchestra in the state of Wisconsin! 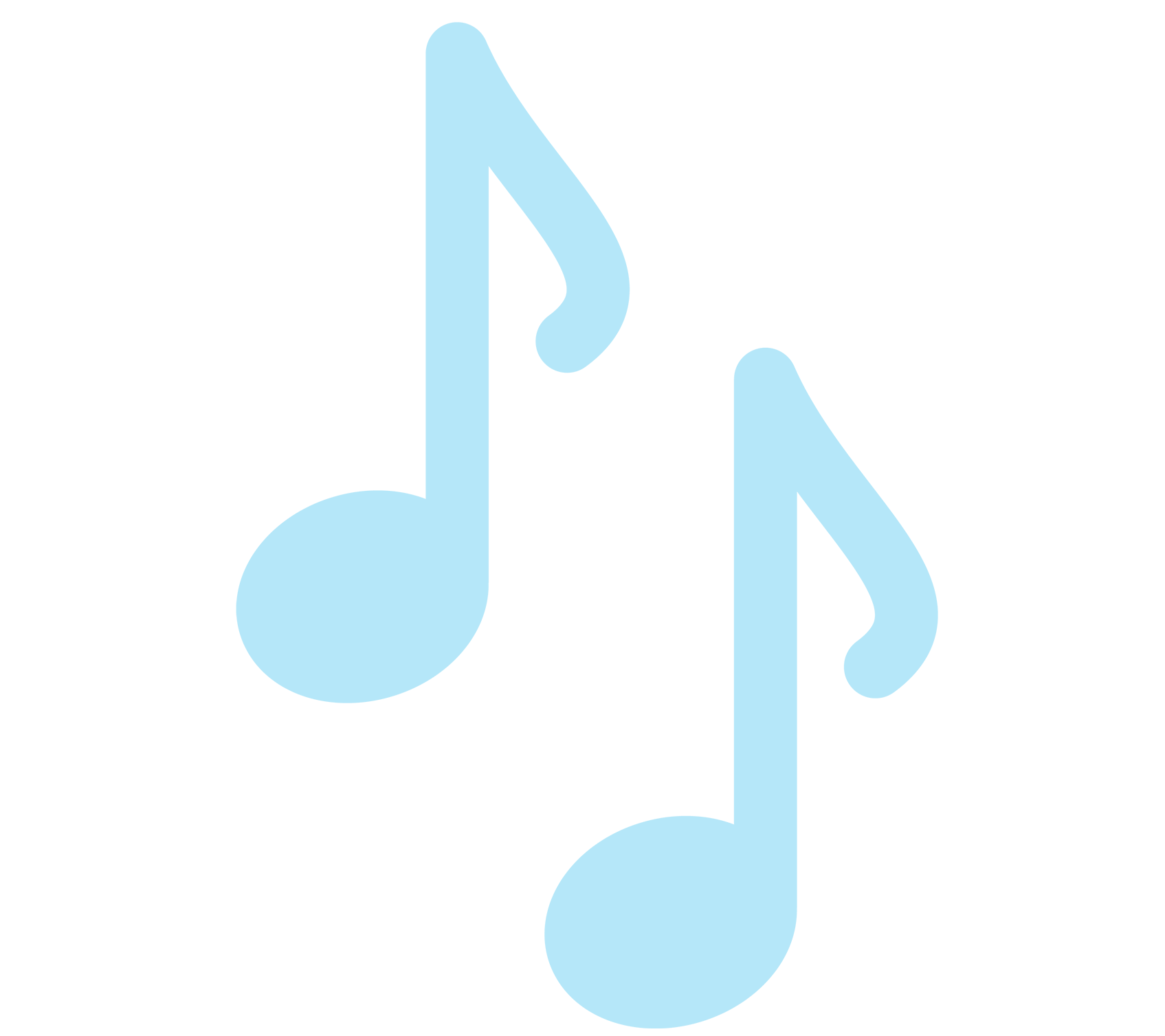 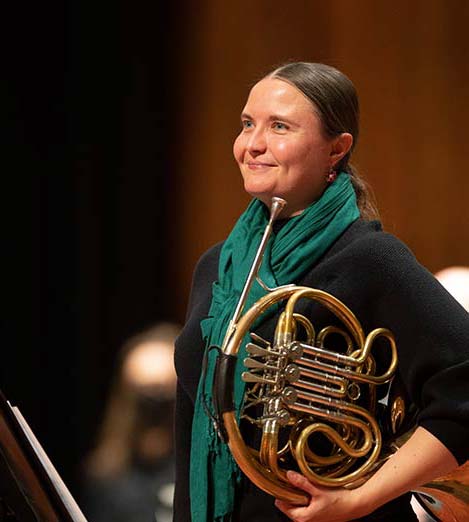 As a community-based professional orchestra, the majority of our musicians call the Lakeshore community home, but we also have musicians from all over Wisconsin. We perform multiple regular season concerts, a yearly holiday concert, and an annual childrens’ concerts for Sheboygan County fourth graders. The repertoire is varied and provides a unique musical experience for the audience and performers alike!

To engage our community through extraordinary musical experiences.

A community inspired and enriched by the wonder of live classical music.

Inspiration: Our music and performances help the community to feel more human and alive.
Innovation: We ensure the wonder of classical music stays relevant to the needs of our audiences.
Inclusion: Music is a world language that invites participation of people from all background.

Get to know the team behind the symphony

Celeste is a marketing professional at Kohler Company. Originally from the East Coast, she and her husband Matt have made their home in Sheboygan Falls for the last 11 years. Celeste has a lifelong love of symphonic music. During her formative years, her family regularly attended the Atlanta Symphony Orchestra under the direction of Robert Shaw. Outside of music, she is an ardent traveler. She also enjoys spending time riding and training her horse, Haddy. Celeste currently serves as the Board’s President.
Board of Directors President

Anne is the communications director at Lakeside Foods. She also plays oboe in the Plymouth Municipal Band and enjoys hiking with her husband and golden retriever.
Vice President and Chair, Marketing Committee

John played cello with the SSO for nearly 30 years and is in his second stint on the Board. He is a finance professional, serves as Treasurer of the SSO and on the Budget, Development and Fundraising Committees. John and his wife Carol reside in Kohler.
Board of Directors Treasurer

David Hein teaches music at Alverno College where he directs the Alverno College choir and teaches courses in their Music Therapy Program. He is the principal organist and sanctuary choir accompanist at The United Methodist Church of Whitefish Bay, WI.
head of education committee

Lindsay is the Principal Cellist of the SSO, and along with her performing career she maintains an active cello studio.
Sheboygan Symphony Musician Representative

Joe is a member of the SSO clarinet section.
Sheboygan Symphony Musician Representative

Darren grew up in Sheboygan and attended SSO concerts with his family. He and his wife Elise, a pediatrician, have three sons who have all participated in the Sheboygan Symphony Youth Orchestra. He plays the trumpet and piano, enjoys tennis and reading, volunteers his time with many organizations in the Sheboygan community, and listens to all genres of music.
Chair, Governance Committee

Damon Wenig is excited to join the mission of the Sheboygan Symphony Orchestra in enriching our community’s cultural environment through the arts. As a native to Sheboygan County, and SAYS alum, some of his first exposure to the arts were from Sheboygan Symphony Orchestra performances. His personal passion for the arts further blossomed during his undergraduate studies in vocal performance in Sydney, Australia.
Chair, Artistic Committee

Evan is the Director of Bands at Lakeland University and also serves as director of the annual Lakeland Music Camp. He plays French Horn with the North Point Brass Quintet and also performs regularly with the SSO, Plymouth Municipal Band and other local groups. Evan lives in Howards Grove with his wife, Hannah, and their three children.

Kent is a Sheboygan County Circuit Court Judge. He was born and raised in Sheboygan County and played bass trombone in the SSO during his high school years. He has a lifelong love of classical music and is excited to give back to the SSO. Kent has experience serving on a variety of non-profit boards. He is an alumni of The Kids From Wisconsin and currently serves on their board of directors and executive committee.

Steve is the president and co-owner of Jifram Extrusions, Inc. located in Sheboygan Falls. Steve played clarinet in the Whirl Band (now the Sheboygan POPS band) and his musical tastes are eclectic. His interests are traveling, sports, enjoying great food and wine along with spending time with family and friends at their lake home. Steven and his wife Claudia have a son and daughter.

Michael has lived in Sheboygan for 12 years. He is employed by the Kohler company as a Senior Staff Quality Engineer. 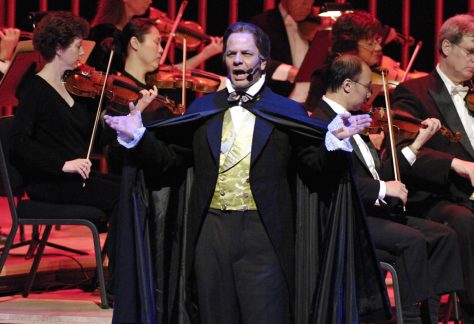 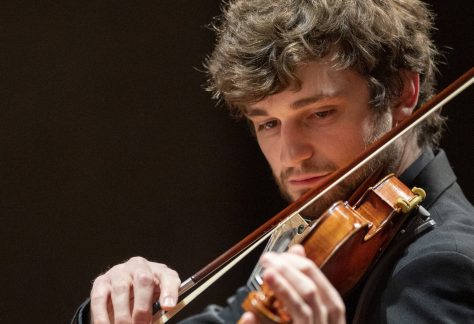 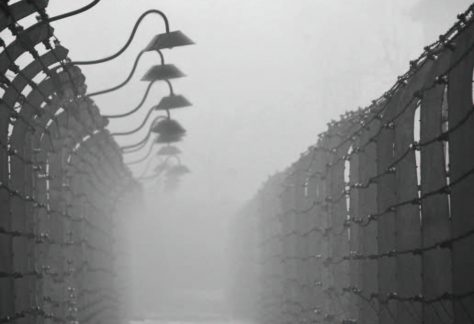 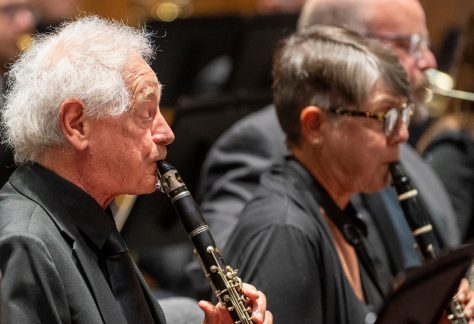 Kim has been with the SSO since August of 2022 after a 16-year-long management tenure with the Stefanie H. Weill Center. She brings a unique combination of administrative management experience and working knowledge of the SSO, has performed with the Sheboygan Symphony Chorus for five years, served as the parent president of the Sheboygan Symphony Youth Orchestra, and served on the SSO’s Board of Directors, including the Executive Committee, for nine years.

Tanya has been the SSO Office Manager since Spring of 2021. She is an area business professional, currently owning and operating a tax preparation and consulting business and Equine facility that focuses on Health Living. She has an extensive background in Business Management, sales, tax preparation, Marketing and Coaching.

When Tanya is not at the SSO, she spends a lot of time on her farm, rehabilitating horses, coaching wellness groups and training dogs for service or therapy purposes. She has a passion for fine arts and may be in her studio painting, drawing, playing her cello and traveling around taking photos of experiences.

Molly Lieberman is in her first year as Director of the Sheboygan Symphony Youth Orchestra’s Concert Orchestra. Molly was born and raised in the San Francisco Bay Area where she studied viola with Carol Kutsch and played in the Peninsula Youth Orchestra under the baton of Mitchell Sardou Klein. She attended Illinois Wesleyan University in Bloomington, Illinois, graduating in May of 2009 with a Bachelor of Arts degree in Political Science and a Bachelor of Music degree in Viola Performance. She then attended the University of Wisconsin – Milwaukee, graduating in May of 2012 with Master of Music degrees in Instrumental Conducting and String Pedagogy. She has studied conducting with Professors Steven Eggleston, Margery Deutsch, and Sharon Hansen, String Pedagogy with Professors Darcy Drexler and Scott Cook, and viola with Professors Vadim Mazo and Lewis Rosove. While at UW-Milwaukee Molly held a Graduate Project Assistantship as Graduate Conductor and Orchestra Manager, working with both the Symphony and Community Orchestras.

Since completing graduate school Molly has held numerous teaching positions throughout the Milwaukee area. She is currently the orchestra director for Gateway Organization Milwaukee, a local non-profit which provides in-school music lessons to students who might otherwise not have access to such programs. She also maintains an active and competitive private violin and viola studio. She has previously worked for Pius XI Catholic High School and the Pius XI Performing Arts Academy, Milwaukee Montessori School, the Academy of Performing Arts, Brass Bell Music Store, and the Greater Milwaukee El Sistema Orchestra at Carroll University.

Molly also plays viola in the Tontine Ensemble, a string quartet founded in 2014 with the mission to perform improvisational and contemporary chamber works and champion new music by composers in the community.

During her multi-year tenure as Conductor of the University of Western Ontario Choir, the choir distinguished themselves in competition, being praised for its “remarkable blend,” “beautiful phrasing,” and “electrifying performance.” Ms. Vogtle has the honour of having been the inaugural Apprentice Conductor of the world-renowned Toronto Children’s Chorus.

The recipient of awards from the Vladimir Reinhold Scholarship Fund, Wilhelmina pursued professional studies in voice at the Royal Conservatory of Music in Toronto. She has appeared on numerous occasions with Toronto Operetta Theatre, Opera in Concert, and Summer Opera Lyric Theatre. Equally at home on the concert stage, she has performed as soloist in oratorios, concerts, and recitals, in Canada, England, and Wales.

A passionate educator, Ms. Vogtle has been Music Head (choral and instrumental music) in both elementary and high schools. Active as an adjudicator and clinician for voice, choirs, and piano, she has adjudicated Kiwanis Music Festivals in Ontario and Newfoundland. A former Director of the Ontario Music Educators Association, Wilhelmina is a member of Choirs Ontario, Choral Canada, and the American Choral Directors Association.

A lifelong learner, Ms. Vogtle’s passion for the art of the conducted gesture has led her to pursue continued training with such luminaries as Charles Bruffy, Caron Daley, James Jordan, and James Whitbourn in juried Institutes at Westminster Choir College, Oxford University, and the first ever Canadian Women’s Conducting Institute.